This is an Essay that we had to do for our Literature class.

Essay Question: How does Ted Huges convey the power and the violence in animals throw the poem “Pike”?

Very few people give animals the respect they deserve. In the following essay, i’m going to prove that there is power and violence in animals and humanity.

On the other hand, humans interfere in animals habitat a lot. “silently cast and fished…” this is a visual imagery to give a very good example of human invading animal’s habitat. “… we kept behind glass…” another excellent example.

All in all, there is, there was, and there is going to be power and violence in animals and human beings.

This is an analysis of a poem that we read in pur Literature class, the poem is called Pike.

THEME: Self discovery – Nature vs. Human feelings – Human beings behaibior towards nature – doing anything to succeed.

This is the Slideshare that I created with my partner Sol in our History class. This talks about the causes of the world war 1 (WW1). Hope you like it.

Here is the ifographic of Italy that we did in our history class with our teacher Lenny.

Writting & Oral. Chose an image and describe it. FINAL VERSION.

Located in Miami, United States. It is a hotel which has a very relaxing and beautiful out look.

The sea there is gorgeous, the water is crystal – blue, very clean and has a salty smell that gives you a very calm sensation.

Have you ever wanted to get into the warmest pool ever? If you go to the serene swimming pool of the hotel, you will feel, as my mom once said, “I feel like heaven´s on this pool”. Also, all around the swimming pool, you have chairs and comfortable umbrellas were you can have a very quiet nap.

In addition, Near the hotel there are lots of busy streets and exclusive shops were you can have fun and buy anything that you want.

In my opinion it´s a very peaceful place with a spectacular view, and i’m sure that if you go there you will have an excellent time. 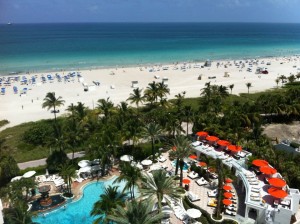