In our Literature class we have been studying and analyzing “Evening in paradise”. We made a slideshare, and our teacher gave us some tasks for us to do.

The first 12 lines show an analogy between evening and paradise. The writes expresses that night is beautiful, it’s the time when you rest, when you are at peace. This description of the night is used to explain heaven, paradise. Both have similar features, such as resting, being at peace, being beautiful, and so the explanation of the evening is used to compare and explain heaven too; that’s why it is said to be an analogy.

-Analogy: It’s a comparison between things that have similar features, often used to help explain a principle or idea. In “Evening in paradise” the analogy carries the message. It carries the most important and crucial part. This being that the evening equals heaven/paradise; and that working in life brings peaceful nights, after a hole life working comes paradise.

-Images: The writer uses images and a specific diction of nature so as to portray the message and the analogy of the story. Such images of nature, of night and of day, call our attention and makes us stop and focus on them.

No, the scene is not portrayed as a natural scene and it could be a funeral scene. This is dude to the portrayal of a situation in which the evening and the night is described so much and so deeply through the use of images and specific diction in connection to death, darkness, afterworld.

In our Biology class, we have been studying water. We made individual presentations, this is mine.

In our Language class, we have been studying connectors. We made groups and worked on different types of connectors. I worked with Catu and Cata on Addition.

This are our exercises:

– Cata is going out tonight…. Going to the cinema ….. To a bar
– Luna loves dogs… ,she is getting one for his boyfriend next week. Pato loves dogs…
– …, the demilitarization of the rhineland was … cause for the outbreak of the second world war.
– … with the policy of appeasement, there was … policy, the policy of isolation.
– Nico plays football two times a week, and goes to the gym once a week. … he studies and has good grades.
– Argentina is a large and extensive country. … she has access to the Atlantic Ocean. 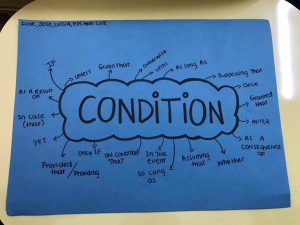 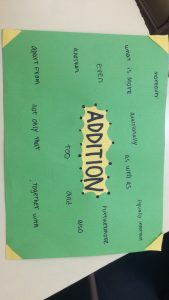 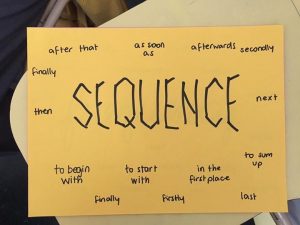 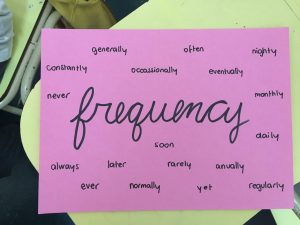 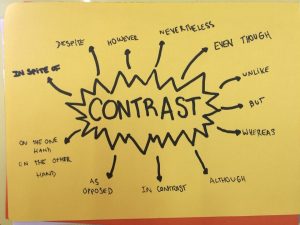 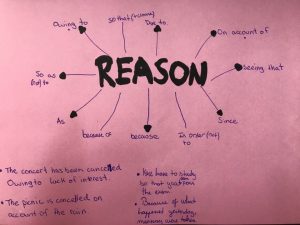